The City of Atlantis was originally an 828 acre farm used to raise Brahm Cattle. The farm was purchased by Paul Kintz and Nathan Hunt and joined with two other parcels in 1958 and development of Atlantis was begun.

Early development in 1960-61 included an inn and clubhouse with 18 holes of golf (now the South and North nines). The third nine (East course) was opened soon after. This all was known as the Atlantis Country Club and Inn and was a semi,public facility with property owners permitted to join on an annual basis.

Early in 1970 a committee of seven was organized to begin discussions and plans for making this facility private by means of a purchase of the grounds and facilities (not including the Inn) from the Kintz family. As the plan progressed, and with the genuine cooperation of the Kintz family, Atlantis Golf Club, Inc. was formed. In 1971, the golf course and Clubhouse were purchased by the members who formed the Atlantis Golf Club, Inc. The first annual meeting was held on February 8, 1971. A Board of Directors was elected, with B. Franklin Copp as the first President. In 2017, the club's name was changed to Lost City Golf Club.

In 2016, the club formally changed their name to Lost City Golf Club. 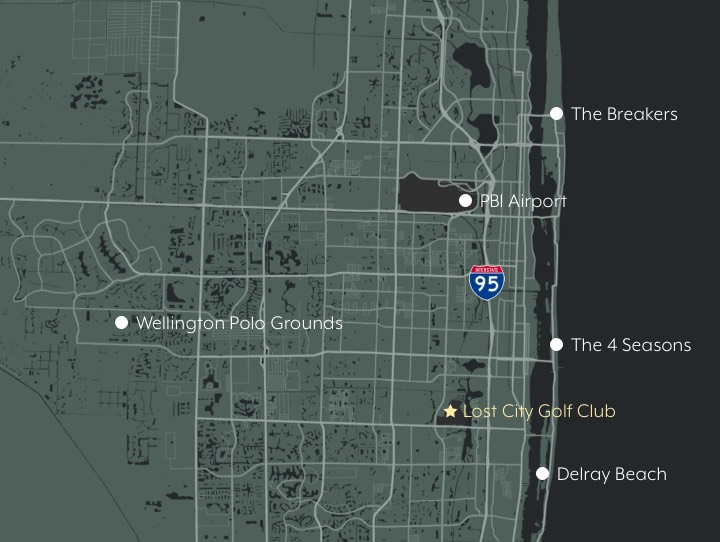